Primorac: We need joint action to overcome the crisis 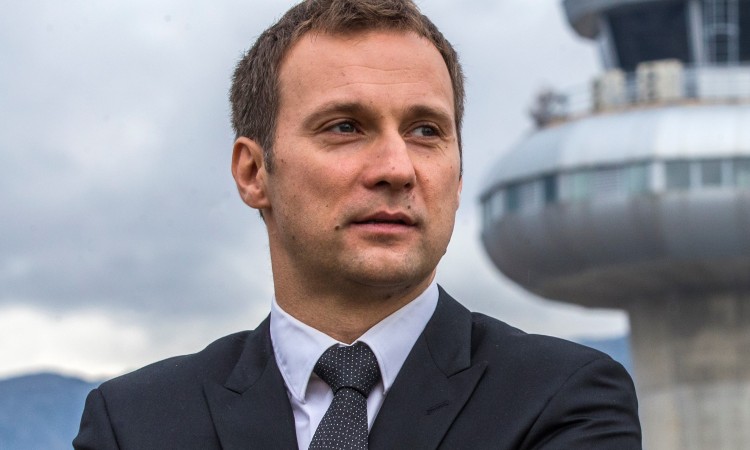 Primorac: We need joint action to overcome the crisis

Bosnia and Herzegovina Air Navigation Services Agency (BHANSA), together with all European air navigation service providers and EUROCONTROL, aims to find the best solutions to overcome the unprecedented crisis that hit the aviation industry as a whole due to the coronavirus pandemic. Also, within Bosnia and Herzegovina, we are initiating joint action of all segments of the aviation industry and the competent authorities, so that BiH’s response to the situation is as successful as possible, said the Director of BHANSA, Davorin Primorac..

In this regard, he also announced tomorrow's meeting at the state Ministry of transport and communications, when concrete proposals for joint action should be discussed.

- The global traffic is still extremely unfavorable. In view of the nature of the measures taken in compacting the pandemic, the air traffic industry has been disproportionately negatively affected and is currently suffering the worst crisis since its inception. The financial losses faced by airlines, air navigation service providers and airports are unprecedented in history - says Mr.Primorac.

When it comes to Bosnia and Herzegovina, only 10 percent of air traffic was recorded last month compared to the same period last year, and the estimates for this month are not significantly better. Despite operational readiness to receive full capacity, traffic is still insufficient.

The situation, Mr.Primorac emphasized, is difficult, but BHANSA management is already taking concrete measures to maintain financial balance and prepare for the coming period. Amendments to the Financial Plan of the Agency for this year have been made, cuts are inevitable, and, Mr.Primorac points out, that BHANSA will save approx. 23 million BAM in this critical year through reductions in expenditures, postponements of investments and other liabilities for later periods.

- The Agency is exploring all available options to ensure additional funding. We are cooperating intensively with partners in EUROCONTROL to ensure a financial arrangement, which would allow BHANSA to receive 51% of the funds planned from en route in the period February-May. Also, it is certain that commercial credit arrangements will be necessary, and activities are being taken to ensure its approval. In case of need, we will require financial assistance from state institutions, but without endangering the business autonomy of the Agency – Mr.Primorac explains the activities undertaken, which will be discussed at tomorrow's meeting with the line minister, Vojin Mitrovic.

Primorac also commented on the provocations due to the campaign ''Our sky, our success'' and related to taking over air traffic of BiH’s entire airspace, by BHANSA. He says, that he is proud of everything the Agency has accomplished in the past four years, and especially of the historical taking over of our airspace.

''We did not hide even a single moment how much was spent for celebration of event, that which, by all estimates, has historical significance for aviation of Bosnia and Herzegovina, but also the state as a whole. It is auctioned in the amount of 300 000 BAM, as if it was spent on food and drink, and the fact is that it is actually the price of all activities related to that historical date. The taking over air traffic of BiH’s entire airspace symbolized the sovereignty of Bosnia and Herzegovina, and represents a bright spot in this universal grayness and sea of bad news'', says the first man of BHANSA.

He adds:''The goal was to inform our public about the huge achievement after 28 years since the independence of Bosnia and Herzegovina. This included the promotion of BiH and BHANSA on the international scene through promotional films that show our tourist attractions and attract foreign tourists and investments.

Based on the positive reactions from abroad, I can say that we have achieved these goals. All our guests were delighted with BiH and the success of BHANSA. We need to get out of the post-war period and promote our country in the best possible way, which BHANSA does. And then, as now, I was convinced that we should have marked with dignity the taking over control of the sky above ten thousand feet. By comparison, our neighbour Montenegro does not control its own sky, in addition to the fact that it is a member of NATO'', says Director of BHANSA, Davorin Primorac.

primorac direktor
← Back to archive News