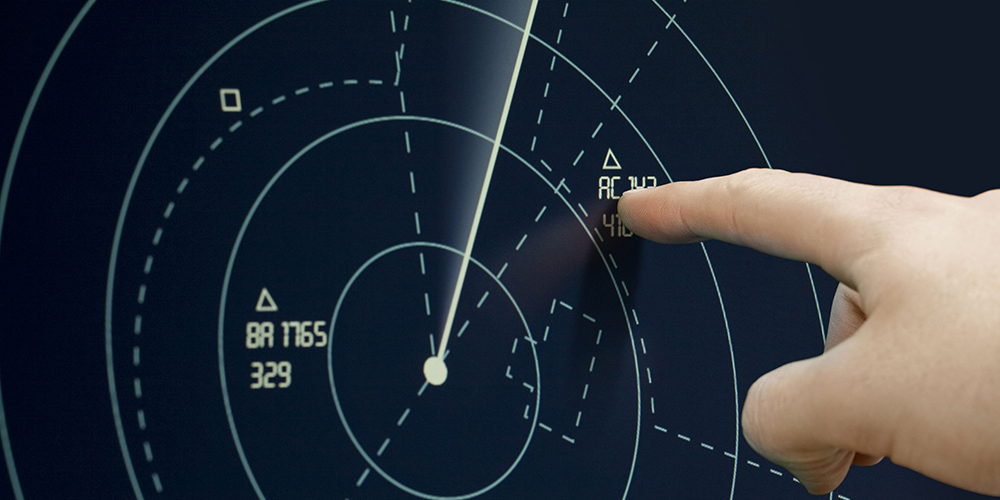 Air traffic controllers are responsible for the safe, efficient and expeditious flow of air traffic within their area of responsibility, airspace or airport.

They follow all phases of a flight from engine start-up, taxiing to the runway, take-off, climb, cruise, descent, all the way to the landing at the destination airport, and the taxiing to the final parking stand.

During all those phases, the air traffic controller is required to separate and maintain the separation between all the aircraft, aircraft and vehicles (on the ground), to pass on essential information, as far as he or she is informed (meteorological info, other traffic info, airport info...), always having safety as a priority, before being expeditious or efficient.

Air traffic controllers can be aerodrome (tower) controllers, approach controllers or area controllers, depending on which airspace they are controlling.
Aerodrome (or tower) controllers are responsible for all the traffic at a specific airport, as well as in the airspace surrounding the airport (Control Zone – CTR), up to a specific altitude. The lateral and vertical limits of a Control zone differ from airport to airport and are published in the AIP of BiH. The aerodrome controller's workplace is the control tower of an airport, from where all the maneuvering area (runway, taxiways, service roads), aprons and most of the airspace he/she is responsible for is visible. Aerodrome controllers are also called Tower controllers.

The flight plan filed by the crew of an aircraft, provides the air traffic controller with all the necessary information about the time of flight, requested flight level en route, the planned speed, route, as well as the total flight time to the destination airport. All the clearances, information and instructions that the tower controller issues to the crew are based on the flight plan, national and local regulations and laws, and also depend on the other traffic in his/hers area of responsibility.

After take-off, at a fixed or coordinated point or altitude, the tower controller coordinates and passes the aircraft on to the frequency of the next unit – the approach control unit.

In some countries, approach radar control can be done from the Area Control Centre.

Approach controllers monitor flights, always ensuring and maintaining the separation from other aircraft, up to a certain point or altitude or level, after which he passes the aircraft on to the frequency of the next unit – the Area control unit, or to another approach control unit. With aircraft that are inbound for landing at an airport, the approach controller receives the information about  the time, flight level and point the aircraft will enter his airspace from a neighboring unit. That certain point or flight level is also the point of transfer of responsibility from the transferring unit to the accepting unit.

The area controller is responsible for all flights within his/hers area of responsibility (Control area – CTA), which can be divided into several sectors, laterally or vertically. Whereas the tower and approach controllers' working hours largely depend on the working hours of the airports they are located at, the area controllers work 24 hours a day, 7 days a week, in shifts, and their control area is never without supervision.

Area controllers may be responsible for portions of approach control's airspace, when a certain approach control unit closes (usually at night), until the unit opens again.

Area controllers work in an area control center, and there are usually 2 area controllers working together on a sector. One is the planner, he plans, communicates and coordinates with other units, the other is the executive controller, meaning he/she is the one communicating with the crews, issuing clearances, instructions and information about the route, flight levels, speed, meteorological conditions en route, possible congestions at the destination airports, as well as any other info essential to the safe, efficient and expeditious flow of air traffic.

After a special selection process, candidates to become air traffic controllers are trained in specialized training centers, following a rigorous training plan, theoretical as well as practical, in a simulator. Afterwards they undergo a so called On The Job Training (OJT) at the location they applied for, with an OJT Instructor, taking several exams, until they reach the required number of hours on the frequency, and until the Instructor monitoring the candidate's progress decides he/she is ready to take the final exam and will be able to work without supervision in the future.

All air traffic controllers, regardless of the workplace or area of responsibility, are bombarded with an enormous amount of information on a daily basis. They need to process the info, make decisions, or only pass on the information in a very short time frame. Different communication and navigation aids are helping the air traffic controllers. The communication with the aircraft crews is done in English, using a strict aviation phraseology to avoid misunderstandings, and to make sure that all the clearances, instructions and information that are passed on, are clear and concise.

Air traffic control, as a profession, is based on teamwork, communication and coordination with other participants such as aircraft crews, neighboring air traffic control units, or the ground services at airports.